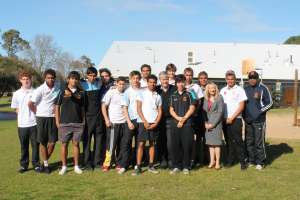 David was in the west for the West Coast Eagles match and was only too happy to once again help out the fundraising efforts of the Harvey Bulls Football Club.

While in Bunbury he also spoke at a Dale Alcock Homes business function and met with the South West Academy of Sport basketball scholarship holders and the Academy’s board and coaching representatives. 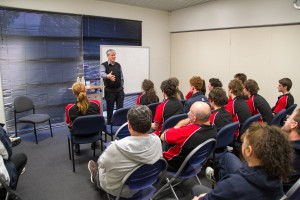 Nola said her friendship with David went back 13 years to her time as president of the Bulls footy club when he helped fundraising efforts to build new clubrooms.

“It was an excellent opportunity for David to meet with and inspire so many people in their sporting, business and personal lives,” Nola said.

“He made a great impression on everyone he met.”

David played over 200 games for Hawthorn Football Club and is a four times VFL/AFL premiership coach. He was named Carlton’s coach in their Team of the Century.

Besides his current role in AFL commentary he has lectured in Sports and Exercise Science at Deakin University in Melbourne.

More than 80 people attended the Bulls fundraiser where David entertained people with stories about his career, his views on current trends in football and why he accepted and then turned down the West Coast Eagles coaching job in 1988. 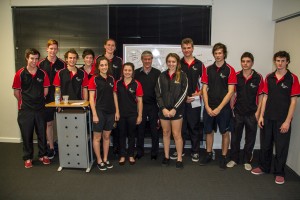 When speaking to some of the South West rising sports stars he got them to think hard about what motivates them and what their goals are. He also got them to think about having clear goals on and off the field.